Libraries.io will then augment package manager data with data from a Repository if one is referenced in the package manager. GitHub repositories will be downloaded and stored in the Repository table, on creation a background Sidekiq task is kicked off to download related information from GitHub including:

License names are ran through SPDX. This standardises the many different ways of writing the same licenses into a single version, which is then used for filtering in search and listing on https://libraries.io/licenses. A library can have multiple licenses as it may contain other libraries with conditions that are enforced upward. If a project doesn’t have any license data from the package manager then it will fall back to using the (singular) Repository license.

If a project has a non-standard or commercial license it’s currently normalized to “Other” and is not indexed in search.

Libraries.io is made up of a number of micro-services that work together. The following diagram provides a high-level overview: 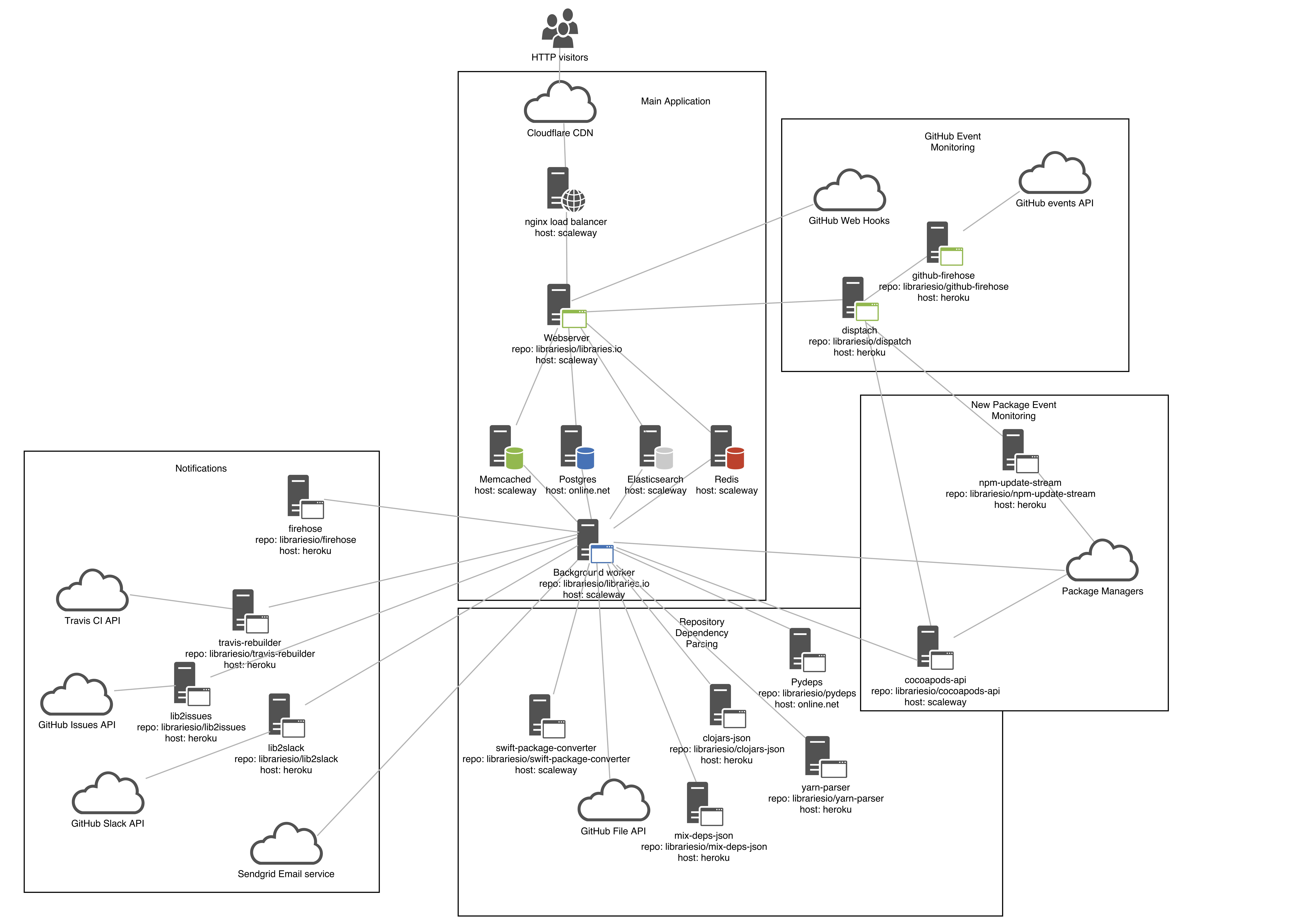 The main bits are:

SourceRank is the name for the algorithm that we use to index search results. The maximum score for SourceRank is currently around 30 points.

Our analysis is broken down into: